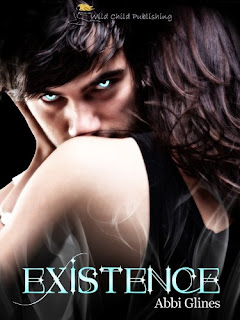 “What happens when you're stalked by Death? You fall in love with him, of course.

Pagan Moore doesn't cheat Death, but instead, falls in love with him.

Seventeen year old Pagan Moore has seen souls her entire life. Once she realized the strangers she often saw walking through walls were not visible to anyone else, she started ignoring them. If she didn't let them know she could see them, then they left her alone. Until she stepped out of her car the first day of school and saw an incredibly sexy guy lounging on a picnic table, watching her with an amused smirk on his face. Problem is, she knows he's dead.

Not only does he not go away when she ignores him, but he does something none of the others have ever done. He speaks. Pagan is fascinated by the soul. What she doesn't realize is that her appointed time to die is drawing near and the wickedly beautiful soul she is falling in love with is not a soul at all.

He is Death and he's about to break all the rules.” GoodReads’ blurb

Do you know, I had an opinion of this book that changed completely in the last line?

Yep. I mean, from a general public and market point of view, Existence is everything you’d expect it to. I guess it could be defined as a highly emotional romance with an impossible guy, with a perfect triangle thrown in.

The lead guy, Dank, is hot and protective and sweet. The lead girl, Pagan, is very much in love – and unique in that she can see the souls of the deceased, which makes her struggle between the “soul” she is drawn to and the perfect guy who wants to date her, Leif. So far, so good.

Don’t get me wrong: Dank is charming, and did I mention hot? But he pretty much falls in love with Pagan. It’s not exactly instant love, but the feelings are so intense and painful and burning on both sides that at times I arched a brow...

I arched it because Pagan had Leif, who is handsome and popular and sweet, and actually bothers to get to know her and to let her know him. He seems to be one of those heart-of-gold guys that are so difficult to find, and even with the dark allure of Dank factored, I could not understand how Pagan could become so obsessed about that “talking soul”. How the idea of not seeing him could affect her so completely.

I’m not going to elaborate on the exact consequences, because that’d be spoiling it for you, but I must say that while I found them irrational and extreme, I loved that the author dared to take that route. It’s incredibly original. I don’t think I’ve ever seen any other heroine coming close.

And now that I’ve taken this roundabout way of saying that there’s something surprising coming while trying not to destroy the surprise effect... Please, let me complain about the blurb.

Yes, the blurb bought me. Yes, the idea of a Death romance, and the picture on the cover, made me get this book and squeeze it in as soon as possible.

It also spoiled the whole book. In the, Pagan doesn’t figure out that Dank’s Death until the last 5% of the book or so kind of way.

She kept thinking he was a special soul, a soul that could talk, and wondering and trying to guess what was going on... and I’d have loved to be along for the ride, but I already knew all the answers.

The last 5% or so resolves the conflict quite nicely, though. I had an idea of several possible ways it could end, and while I came close I didn’t exactly hit the nail on the head.

And then we got to the last sentence. The one thing I didn’t see coming, I’d not have foreseen ever. The one thing that threw the whole book upside down for me and left me with a “Whaaaat?” expression for minutes on end.

Can’t tell you what it is.

Just saying that this was going to be an “Okay, I’ll read the sequel at some point” book. It now is a “When the heck is that sequel coming out?!?!” book.

So yeah – go and buy. And read. Fast. I want to discuss where this is going with you.