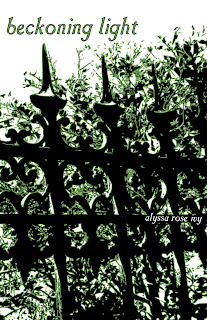 “As Charlotte steps through the gate, she has a strong feeling that nothing will ever be the same again.

Moving back to South Carolina after three years away, Charlotte knows she's going to have to face people from her past and adjust to a new high school, but she's completely unprepared for what else waits for her in Charleston    .

Drawn through an old garden gate, Charlotte discovers a hidden world where she meets Calvin, a boy to whom she is inexplicably attracted. As Charlotte is pulled deeper into this hidden world, it's up to her older brother Kevin to rescue her. No matter how hard Kevin tries, the rescue depends upon Charlotte fighting her intense feelings for Calvin while mastering a set of abilities that she has only just discovered she possesses.” GoodReads’ blurb


I won this book in a giveaway ages ago, and only now got around to reading and reviewing it – thanks to TBR Challenge, I must add. And after having read it, I can’t really bring myself to truly care about it.

The book alternates between Charlotte’s point of view and her brother’s Kevin – which is important in order to show what’s going on apart from Charlotte, because she’s the real protagonist here. She’s timid, in the way that she’ll often bend and go out of her way just to avoid confrontation, and she started off being quite unable to stand up for herself.

Part of the story is about this shy, unnoticeable kind of girl growing into... an important role that I mustn’t disclose for spoiler’s sake. But, yeah, character growth. It sounded promising.
Except, I didn’t see it happening. She went from being meek as a mouse, to crossing over the gate and meeting Calvin. She’s so attracted to him that, in spite of the fact that she’s never shown an interest in boys before, she gets into a relationship of sorts.

Let’s glide over the fact that she’s not bothered in the slightest by the existence of a different world beyond the gate and focus on her making out and meeting the guy’s parent’s right after running into him, literary.

From then on, the story began to fall flat for me. Not because I had speculated with a different love interest, which I had, but because I could not bring myself to believe in the world presented by Ms. Ivy, let alone to truly care for the consequences to Charlotte’s rather obtuse decisions.

While we’re given a reason for her instant love for Calvin, while we’re told who she is in relation to this new world, why she must make her choices, what are her abilities... It wasn’t enough to allow me to support her and Calvin, not enough to explain why she didn’t freak out when discovering the new world, not enough to make me root for the recue team lead by Kevin, their uncle, and the guy who I initially thought to be the love interest.

Technically, there’d have been dire consequences if things had gone over differently. Perhaps it was because they loomed in the horizon, mentioned vaguely but never  truly depicted, or perhaps it’s just that I was too “out” to be concerned, but the end lacked any tension for me because, on the one hand, I was sure of how it’d end, and on the other because I’d not have worried terribly if it had ended any other way.

Beckoning light is not exactly a bad read – it was entertaining, easy to read, I went through it really quickly. It’s just that, with all the great books out there in the genre, I can’t exactly tell you to go out and buy this one. That said, though, I’m not telling you to stay away either – if you don’t mind the things I mentioned, if you’re looking for something light, then this title might be okay. Looking at GoodReads, obviously there’s a lot of people who loved this story and found none of the problems I ran into, so perhaps you want to give it a shot.