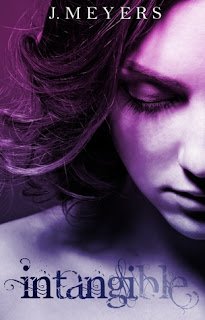 “Twins Sera and Luke Raine have a well-kept secret—she heals with a touch of her hand, he sees the future. All their lives they’ve helped those in need on the sly. They’ve always thought of their abilities as being a gift.

Then Luke has a vision that Sera is killed. That gift they’ve always cherished begins to feel an awful lot like a curse. Because the thing about Luke’s ability? He’s always right. And he can’t do anything about it." GoodReads’ blurb

The premise for this novel was incredibly interesting when I had the chance to review it, and it didn’t disappoint. Intangible kept me interested through every single page, and I found the lore and worldbuilding to be very interesting. Honestly? I can’t wait for the next book to be out, because I want more details about how things work.


There’s something you’d not guess from the blurb that you might want to know, though: this book contains vampires and fairies. The vamps don’t sparkle, and, actually, they are really close to some original myths about origin, but they have plenty of new lore added-and quite some depth. We don’t really know much about the fairies, except that the traditional duality (light and dark) is maintained, and that they are more kickass than you’d normally expect.

So, the author manages to weave a tale with her original take on folk, paranormal, and Gifted-or what others would call plain old weird, according to Sera’s fears. And it works.

Luke and Sera play off each other perfectly. They have a great chemistry, something that is difficult to find and even more difficult when we’re talking family and not love interests. They both were the kind of people you’d want to be friends with, and while sometimes Sera got irresponsible (or so I thought) for the most part I could understand her and she was likeable.

Talking about romance, this is something very well handled here. I think. To be honest, I’m still trying to come to terms with how the situation blew over... In short: it’s not your typical romance. The characters will surprise you, because even if you think you know how it could turn out, you’ll write that possibility off as “genre impossible”. but when all’s said and done, the fact remains that it’s much more “realistic”, insofar as we’re talking Gifted’s and vamps and elves. And I enjoyed that, the chance the author took, how the story was focused on a hundred other things and romance was just there because hey, it’s part of life and it happens, but it wasn’t the pumping gear behind the story.

Perhaps there’s the one thing that bothered me. The secrets. Luke and Sera know nothing about their origins, about who they are and why they can do what they can. There is a character who could have told them. Who should have told them, really, but didn’t. This bothered me in an instinctual, personal pet-peeve way, but to be completely honest it didn’t take from the story. It just took from the general like-ability of said character.

All in all, I’m really looking forward to the next instalment, because the end throws everything in a spin and I want to know where things go, both character and plot wise. I think this is a very promising start for a new series, and it can stand on par with most other paranormal YA I’ve ever read and loved so... why not give it a try?