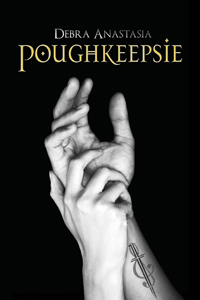 “He counts her smiles every day and night at the train station. And morning and evening, the beautiful commuter acknowledges him—just like she does everyone else on the platform. But Blake Hartt is not like the others . . . he’s homeless. Memories of a broken childhood have robbed him of peace and twisted delusions into his soul. He stays secluded from the sun, sure the world would run from him in the harsh light of day.

Each day, Livia McHugh smiles politely and acknowledges her fellow commuters as she waits for the train to the city. She dismisses this kindness as nothing special, just like her. She’s the same as a million other girls—certainly no one to be cherished. But special or not, she smiles every day, never imagining that someone would rely on the simple gesture as if it were air to breathe.

When the moment comes that Livia must do more than smile, without hesitation she steps into the fray to defend the homeless man. And she's surprised to discover an inexplicable connection with her new friend. After danger subsides, their smiles become conversation. Their words usher in a friendship, which awakens something in each of them. But it’s not long before their bond must prove its strength. Entanglements from the past challenge both their love and their lives.

In an interwoven tale of unlikely loves and relationships forged by fire, Debra Anastasia takes readers into the darkest corners of human existence, only to show them the radiant power of pure adoration and true sacrifice. Complicated families and confused souls find their way to light in this novel, which manages to be racy, profane, funny, and reverent all at once.” GoodReads’ blurb

I discovered this book at a tour stop over at Christy’s Love of Books. It had an excerpt, and while the blurb was “interesting”, it was the excerpt that truly made me want to give this book a shot. The concept’s one that takes talent to develop, and that sample made me think Debra Anastasia did have that talent. Then, I was lucky enough to be noticed by the author, who very kindly offered to let me review her book.

After finishing the book, I just know that I’ll be adding anything else by her to my pile. But let’s not get ahead of ourselves, and let me try to explain what I liked so much:

Plot. The book is long, the paperback edition bordering on 400 pages, and, at first, I admit that I wondered how the author would keep it going. The love story happens quite early on, but in spite of it, it wasn’t insta-love, not the kind I usually rant about. It was a case of a very kind woman giving herself a chance to know a very good man, and just clicking. It worked. But it had worked in the first 100 pages or so, so what’d happen next?

As a matter of fact, something very interesting. The book wasn’t just about Blake and Livia, after all – it was about Blake’s foster brothers as well. Each of them is very different, and each of them made me think about human nature and society and rules in their own way: Cole, the priest-to-be, and Beckett, the vice lord. I specially liked Beckett, because he was so obviously “bad” and still had a heart of gold. Though this would be more about characters, but anyway.

The thing is, these three people had lived very rough lives, and only now they’re about to find a semblance of peace with their loved ones... And then the shit hits the fan. The sweet romance becomes tense and desperate, their calm lives are swallowed up in non-stop action, and I seriously start to worry about getting a happy ending. I won’t say anything else, because I don’t want to spoil it for you, but it was so worth the ride.

Characters. I liked them sure, but I liked what they meant even more. Livia’s the perfect example that goodness deserves a shot, that it might just be worth it in the end. Cole is forgiveness. Beckett is sacrifice. Blake is courage. Kyle is acceptance. Chris is scum... or snotty bastard-ness, or plain wrong nut-case job, however you want to call him – but he was also humor: he was so twisted that it could be even funny at times, even though the consequences of his actions were anything but.

Execution. I said that the excerpt promised great things... Well, the book delivered. It was easy to just get lost reading Poughkeepsie!

I’d recommend this book with only a small warning: there is violence. There are some tough scenes. They’re perfect for the plot and the characters, but if you’re uncomfortable reading a book where a drug and vice lord has a prominent role on the good side, you might want to be careful on those intense scenes. Otherwise, though, this is an amazing, different contemporary read.